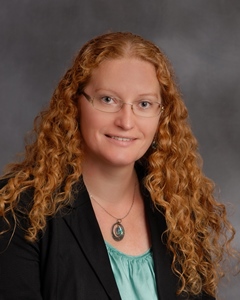 “Dayna’s deep and extensive background in both the retail and operations side of banking have served us well for almost 14 years,” said Angela Strozewski, Senior Vice President and Operations Officer of NHMB. “Her customer-facing experience combined with her proficiency in bank operations empowers her teammates and staff to put their best feet forward. I’m honored to promote her.”

Titus joined MVSB in 2003 as a Part-Time Teller in the Ashland Office. She was promoted to Assistant Head Teller of the Plymouth Main Street office in 2006. She transferred to the Main Office in Meredith in 2009, where she was promoted to Teller Trainer, Vertex Administrator. This role led to another promotion, Teller Operations, Training Supervisor, in 2010. She was later transferred back to the Ashland office that same year, and became Branch Supervisor. In November 2011, Dayna joined the Deposit Services Team as Deposit Services Officer.

Titus is active with the Salvation Army, where she currently serves as Treasurer for the Ashland-Holderness and Wentworth Service Units. She was on the Pemi Baker Literacy Board from 2011 to 2016, serving as its Board Secretary from 2012-2016. She also remains active as a volunteer for numerous non-profits and community events including Making Strides Against Breast Cancer, the Lakes Region Children’s Auction and the Salvation Army Turkey Plunge.

Titus is a graduate of Northern New England School of Banking.

New Hampshire Mutual Bancorp, a mutual holding company, was formed in 2013 when two New Hampshire-based community banks, Meredith Village Savings Bank and Merrimack County Savings Bank, formally affiliated – the first relationship of its kind in New Hampshire. This strategic partnership has positioned the Banks to leverage each other’s strengths as they work together to advance a shared vision of maintaining and enhancing their community banking standards and values. MillRiver Wealth Management joined as a third subsidiary of NHMB in 2015, combining the financial advisory divisions of MVSB and The Merrimack. NHMB combined assets total nearly $1.6 billion.