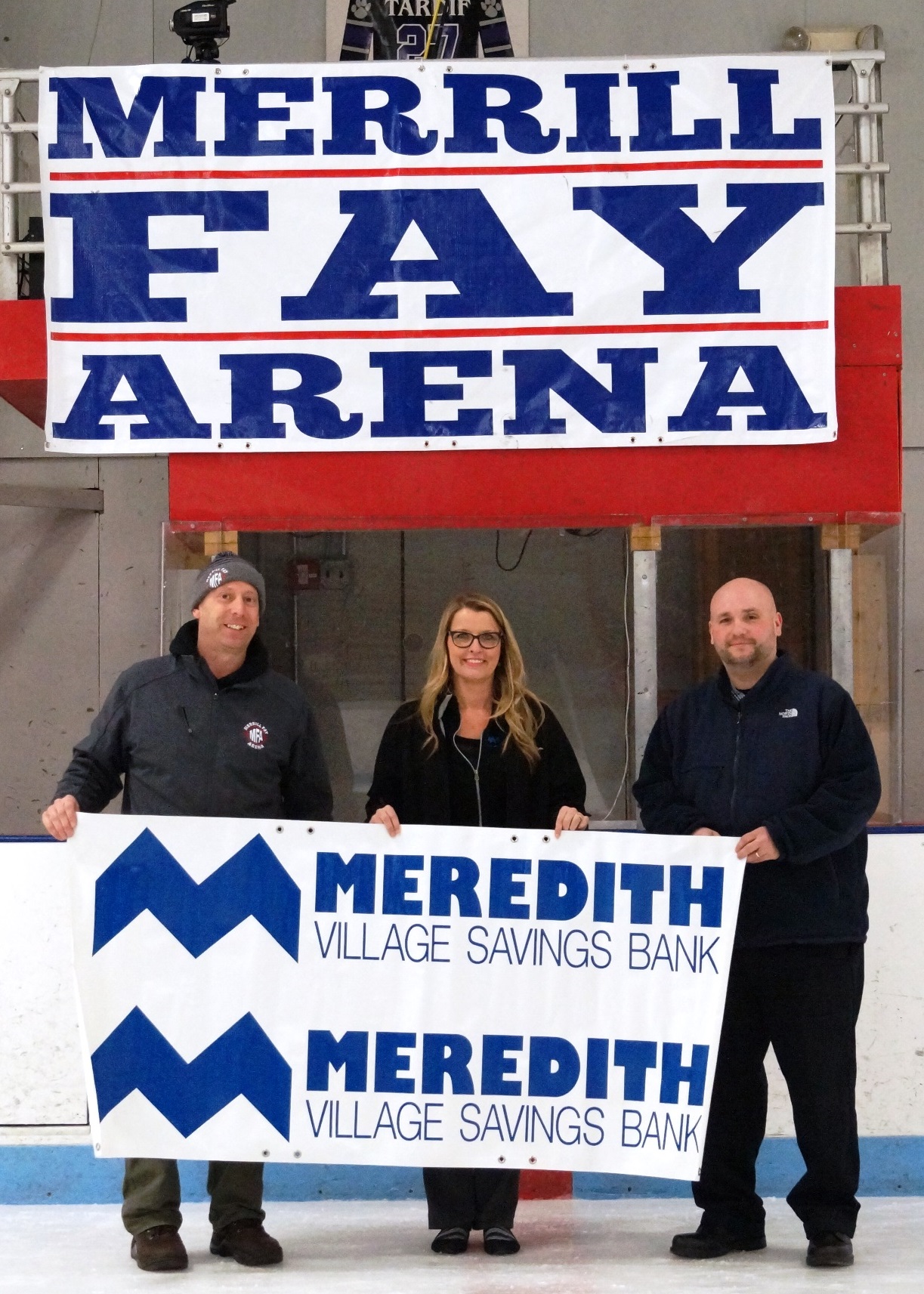 Meredith Village Savings Bank (MVSB) is leaving its mark on the Merrill Fay Ice Arena! This season, hockey players as well as skaters, young and old, have glided over the MVSB logo in the ice at the Arena’s rink.

Formerly known as the Laconia Ice Arena, the Merrill Fay Ice Arena took the name of its founder in 2016. “We are thankful to community partners like Meredith Village Savings Bank who have offered us so much support to us over the years,” said Will Fay, Manager of the Arena.

“We’re proud to stand behind local attractions like the Merrill Fay Arena, which is a beloved venue for the local community,” said Rick Wyman, President of MVSB. “The Arena has been a favorite for locals and visitors alike, making NH’s long winter months that much easier to enjoy. For instance, local groups like the Lakes Region Lakers Youth Hockey, the Central NH Figure Skating Academy and the New England Wolves refer to it as home.” Community members can participate in freestyle skating, take lessons, host birthday parties and join adult hockey leagues at the facility.

The Arena began as a small sheet of ice on Lake Winnipesaukee at Fay’s Boatyard in the 1970s, and later morphed into the Arthur R. Tilton rink on Varney Point during the 1980s. Eventually, Merrill Fay purchased seven acres of land, helped form the non-profit, Winnipesaukee Skating Club and assisted as the club built the current facility. After years of hard work and countless fundraisers, the Arena opened to the public in 1997 and quickly became a hotspot for hockey players and skaters of all ages.

The Merrill Fay Arena is home to the New England Wolves of the Eastern Hockey League. The facility was renamed in March of 2016 in honor of Merrill P. Fay, who was responsible for the start of Winnipesaukee Skating Club in the Laconia area. For more information about the Merrill Fay Arena, visit laconiaicearena.com.