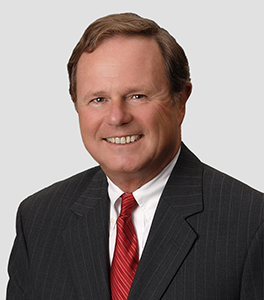 We are pleased to share the following press release by the New Hampshire Bankers Association.

New Hampshire Bankers Association (NH Bankers) announced that Sam Laverack, President and CEO of New Hampshire Mutual Bancorp, is the recipient of the “2017 Community Banker of the Year” award. Mr. Laverack received the award at the NH Bankers’ Annual Conference this past weekend, held at Stowe Mountain Lodge in Stowe, Vermont. The award was presented to Mr. Laverack by NH Bank Commissioner, Jerry Little.

Upon presenting the award to Mr. Laverack, Commissioner Little said “I’ve had the honor of knowing Sam Laverack for a long time. His talents as a banker were earned over decades of hard work.  But being a ‘community banker’ takes much more than banking talent, and in Sam’s case the additional dynamics of leadership and deeply personal caring and community spirit came to him naturally.  It’s who he is and it’s wonderful that his peers are celebrating that.  Sam has given in extraordinary ways to the many communities served by Meredith Village Savings Bank.  Indeed, he has used his position as a community banker to make the world around all of us a much better place.”

Laverack was nominated by several organizations, including the Granite United Way in recognition of his outstanding leadership and tireless efforts in leveraging his role as a business leader in the communities New Hampshire Mutual Bancorp serves. The NH Lakes Association nomination cites many of Laverack’s efforts, most notably his leadership with their annual Lakes Congress, a lakes stewardship networking and education event. Squam Lakes Conservation Society notes Laverack’s long term as director, with the last three as president of their Society. Laverack’s “steady leadership resulted in the doubling of land permanently protected, a stronger organization, and increased visibility in the communities we serve.”

Laverack’s devotion to giving back to his community has led him to chair his hometown of Holderness’ Budget Committee, Chair of the Trustee of Trust Funds, and Vice-Chair of the Board of Selectman. Beyond his home town, he has served on the boards for Speare Memorial Hospital, the Belknap County Economic Development Council (now the BelknapEDC), and Lakes Region Advisory Board for the New Hampshire Charitable Foundation, the White Mountain Economic Development Council, and the Greater Meredith Program.

His passion as an outdoor enthusiast is evidenced by his role as a Board member for the NH Lakes Association, and the Squam Lakes Conservation Society.

Leading by example, Laverack has inspired countless employees to donate their time to the non‐profits they are most passionate about in the Central NH, Lakes Region, Seacoast and Greater Nashua communities. As a result, hundreds of employees from NHMB, MVSB, the Merrimack and MillRiver donate thousands of hours of their time to an extensive list of local causes every year.

About the Community Banker of the Year Award
Each year, NH Bankers honors a New Hampshire bank employee who has gone beyond the course of ordinary business to help improve the State of New Hampshire through civic and community engagement. Recipients are respected industry professionals who have made a significant impact on those around them by inspiring others to become involved in community service.