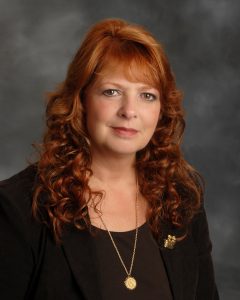 When Harris-Fletcher joined the Bank as Assistant Vice President, Sales Administrator, she brought with her more than 14 years of banking experience in addition to a wide array of career roles in the financial and customer service industries. In 2006, she was promoted to Vice President, Retail Officer. Harris-Fletcher was then promoted to her current role of Senior Vice President in 2009, and assumed responsibility for the development of overall policies, programs, objectives and goals in MVSB’s retail department. She has also ensured the development and implementation of new deposit products and services.

“Christine’s leadership, experience and knowledge has benefited us tremendously over the years and we wish her the very best,” said Rick Wyman, President of Meredith Village Savings Bank. “She has proven time and again that in everything she does, whether at the Bank or in the community, she commits her heart and soul to the task at hand. We have been fortunate to have had Christine leading our Retail Banking efforts, as she has created solid, long-term customer and community relationships and has built and exceptional team. It has been my honor to work alongside her these last 12 years.”

“I’ve been extremely fortunate to work with and mentor such a dedicated group of retail banking professionals,” said Harris-Fletcher. “I’m so proud of the team and department we’ve built together. The incredible relationships the Bank has established with customers and the community will endure for years to come.”

Prior to her time with MVSB, Harris-Fletcher was the Branch and Business Development Manager for Bank of New Hampshire’s Alton office. Prior to banking, she held several leadership positions across multiple industries including a resort General Manager, a syndicated bookkeeper with Lloyds of London and the Cruise Director for an English Cruise Line. Harris-Fletcher has also owned and managed her own business.

Outside of the Bank, Harris-Fletcher has been an active member of the community, serving as an ambassador for the Greater Laconia/Weirs Beach Chamber of Commerce. She was also a past recipient of the chamber’s Ambassador of the year award, and was on the board for the Lakes Region Sled Dog Club, Winnipesaukee Playhouse and was an alumni committee member for the Laconia Chapter of Southern New Hampshire University. 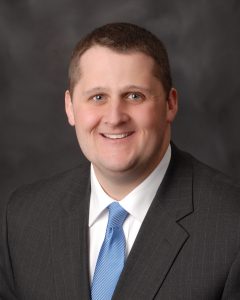 Marcus Weeks has been selected to lead MVSB’s Retail Banking department, and will be promoted to Senior Vice President, Senior Retail Banking Officer upon Harris-Fletcher’s retirement.

“Marcus’ promotion is very well-deserved,” said President Wyman. “It acknowledges his exceptional ability to meet the needs of our customers and the community, which has helped us expand our footprint throughout the Lakes Region and beyond, which now includes Portsmouth and the Seacoast.”

Weeks began his banking career in 1995, as a student-teller for MVSB’s Center Harbor Office, at the age of 16. In 2003, he was promoted to Mortgage Loan Originator. In 2007, he became the Bank’s Business Development Officer and was quickly promoted again in 2009 to Assistant Vice President. In 2012, he became the Assistant Vice President, Branch and Business Development Manager for the Wolfeboro office. Weeks was promoted again in 2014 to his current position of Vice President, Business Development and Small Business Lending, where he oversees the delivery of several key business banking services. His team also serves as the primary point of relationship management for many of the Bank’s largest commercial, municipal and non-profit customers.

Weeks currently serves on the board for the Geneva Point Center, a unique nonprofit conference center and summer camp located on Lake Winnipesaukee, as part of the organization’s Policy and Governance Committee. He has previously served as President, Vice President and Treasurer for the Wentworth Economic Development Corporation and was a standing member of its Loan Review and Board Development committees. He was also President, Vice President and Treasurer for the Meredith Area Chamber of Commerce, and has been active on the Eastern Lakes Region Housing Coalition, Salvation Army Turkey Plunge Committee, Habitat for Humanity, the American Red Cross and the March of Dimes. He studied business and management at Bentley University, and holds a Bachelor of Science in Business Administration from Granite State College.