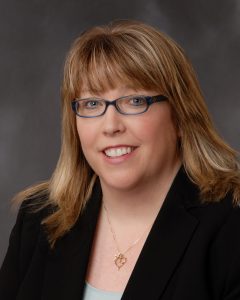 “Kim has been with MVSB for nearly 23 years, and her knowledge and expertise of commercial lending is invaluable,” said John Swedberg, Senior Vice President & Senior Commercial Loan Officer at MVSB. “This is a well-deserved promotion for Kim, who has shown a true dedication to the Bank and the customers we serve.”

“I have been working in commercial lending for nearly 30 years and I can honestly say that I love my career,” said Elfstrom. “I work with an amazing group of people and I enjoy having the opportunity to learn something new every day. Creating new efficiencies and improvements is both challenging and rewarding.”

Elfstrom studied Accounting and Psychology at Plymouth State University. She is also a 2012 graduate of Learning Leaders Group Development Program and a 2005 graduate of Leadership Greater Lakes Region. She previously served as a Board Member for Kidworks Learning Center in Meredith and Catholic Daughters of America.

Elfstrom enjoys spending time with her husband of 30 years, Derek, and her daughter Adrianna.